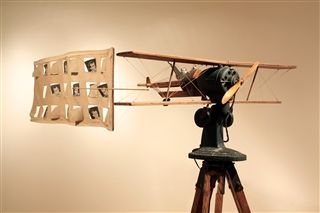 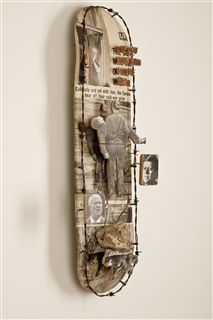 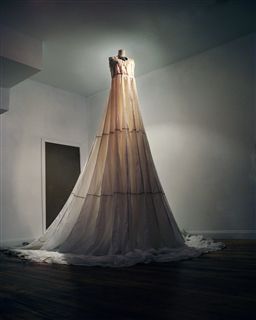 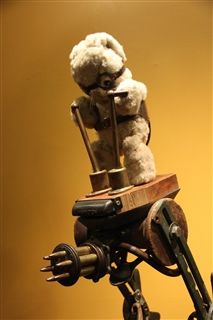 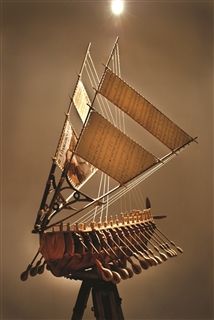 A combination of Geppetto fashioning metal Pinocchios and Thomas Edison indifferent to utility, Silas Finch has a gift for re-imagining the curious debris of the ordinary world. His workshop is an archive of vaguely identifiable fragments that, once he plots the instructions for their assembly, become small, unofficial mysteries. The relationship of part to part is always unexpected, but never forced. Every joining point seems the result of a logical connection.

Silas understands history's machinery, traced on skateboard maps of violence with bullet track threads of gunfire and assassinations. But in “Afloat,” he also fashions animals for carousels, dwarf flying ships dangling beneath newspaper balloons, prosthetic limbs for carnival fortune tellers, and a dream of Emily Dickinson in a parachute dress. Every one of his battered, artful constructions is an instrument for decoding memories—both his and ours.
Back
Groton School
Groton School Mission: To inspire lives of character, scholarship, leadership, and service within a diverse, inclusive, and close-knit community.
282 Farmers Row
P.O. Box 991
Groton, MA 01450
Tel: 978-448-3363
© 2021 Groton School. All Rights Reserved.