The vibrant and diverse Groton School of the twenty-first century took root in the inspired mind of the young Endicott Peabody.

Before founding Groton in 1884, at age twenty-seven, Mr. Peabody's life had taken many turns. Educated in England at Cheltenham and Cambridge, he pursued a banking career but abruptly turned away from finance and toward the Episcopal Church. Only months after the famed gunfight at the OK Corral, Mr. Peabody arrived in Tombstone, Arizona. In “the town too tough to die,” the Anglophilic Yankee won over the miners, cowboys, and townspeople and built the first Episcopal church in the state.

But Mr. Peabody did not feel drawn to pastoral work and headed back East to complete his seminary studies. A brief stint as a schoolteacher provided his calling. He would start a school that explicitly sought to instill high-minded principles in the offspring of the most successful American entrepreneurs of the Gilded Age. The campus would sit on rich farmland along the Nashua River, with vistas of the distant mountains of Wachusett and Monadnock.
In the beginning, twenty-four students, the Reverend Peabody, and two colleagues, the Reverends Sherrard Billings and Amory Gardner, formed the school family. As Mr. Billings wrote years later, in 1930, the men shared “the conviction … that there could be a school where boys and men could live together, work together, and play together in friendly fashion with friction rare.”

As Groton has changed with the times, both its core and its outward appearance have remained constant. A deliberately small school, Groton today rests upon the foundation set forth long ago by the Reverend Endicott Peabody: the belief that a school embodying the best characteristics of a family will create the optimal environment in which students can learn and grow. Today’s headmaster, Temba Maqubela, continues the ideals of Mr. Peabody—to lead a school that offers the highest quality academic education, instills strong character, builds leaders, and inspires lives. 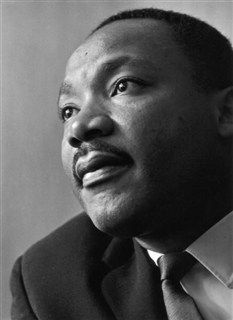 Dr. Martin Luther King Jr. spent two days at Groton School in February 1963—a visit that opened students’ minds and inspired several to pursue civil rights advocacy on their own.

Over a two-day visit, Dr. King preached in the Chapel, gave an evening lecture, and met with students for informal discussion. Six weeks later, he would be arrested in Alabama and pen his famous “Letter from Birmingham Jail.” Six months later, during the March on Washington, he would deliver his “I Have a Dream” speech. Themes and a few key phrases overlap between the Groton speech and the “I Have a Dream” speech.

The Reverend John Crocker, Groton headmaster from 1940–65 and a staunch advocate for civil rights and social justice, had extended the invitation to Dr. King.

Former students, who wish to remain anonymous, recorded Dr. King’s evening lecture and gave the recording to the school. Thanks to their generosity, and the kind permission granted by the Estate of Dr. Martin Luther King Jr., Groton School is honored to share this speech—an important moment in the annals of Groton history and, more important, of United States history.

Read the story in the Quarterly.

The following recording begins with an introduction by former Headmaster Jack Crocker and ends with a question-and-answer session that followed the speech.