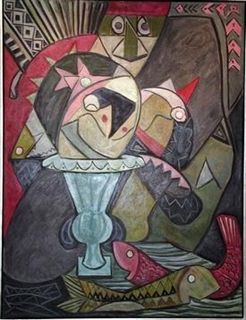 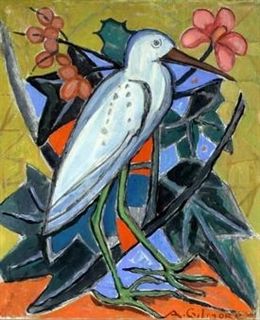 The Crucible of American Modernism: The Provincetown Art Colony in the 20th Century

Crucible of American Modernism:
The Provincetown Art Colony in the 20th Century
September 15 – November 23, 2008
The de Menil Gallery gratefully acknowledges that the short history (below) of the Provincetown Art Colony first appeared in article written by William Morgan in the Hartford Courant on April 6, 2006 as part of a review of the new additions to the Provincetown Art Association and Museum and appears with his permission.
For many, Provincetown is best known as a gay resort - New England's answer to Key West, another sand spit at a tag end of the continent. The Pilgrims made landfall at the tip of Cape Cod before moving on to Plymouth, but until the early 20th century, Provincetown was an isolated fishing village. Its picturesque poverty made it appealing to writers and artists who transformed it into a major art colony. It is this artistic legacy that the Provincetown Art Commission seeks to preserve and bring before the public.
Charles Hawthorne opened the first of many summer art academies in 1899, and he and a few friends founded the art association in 1914. American expatriate painters including Stuart Davis, Charles Demuth and Mardsen Hartley fled the war in Europe and headed for the outer Cape. Hartley recalled 1916 as "the remarkable and never repeated summer," because much of New York's Greenwich Village seemed to have migrated to Provincetown. Literary luminaries such as Eugene O'Neill, e.e. cummings and Edna St. Vincent Millay came, too, followed later by Tennessee Williams, Jack Kerouac and Norman Mailer.
But painting is the soul of Provincetown, although its history has been a constant sibling squabble between traditionalists and modernists. Hans Hofmann founded his own school in 1934 and he became the magnet for leading Abstract Expressionists such as Jackson Pollock, Robert Motherwell and Helen Frankenthaler. Regardless of
their styles, some 600 artists have worked in Provincetown, and the Town of Provincetown owns nearly 300 works by many of them - a who's who of 20th-century American art, given either by the artists themselves or collectors. The Provincetown Arts Commission has generously made available over 30 highlights from its collection for this exhibition.
Gallery Hours: Open weekdays 9:00 a.m. to 3 p.m. daily except Wednesdays and on weekends 11:00am to 4:00pm. The de Menil Gallery is free and open to the public.
For more information please call 978-448-7ART or Groton School at 978-448-3363.
Back
Groton School
Groton School Mission: To inspire lives of character, scholarship, leadership, and service within a diverse, inclusive, and close-knit community.
282 Farmers Row
P.O. Box 991
Groton, MA 01450
Tel: 978-448-3363
© 2021 Groton School. All Rights Reserved.