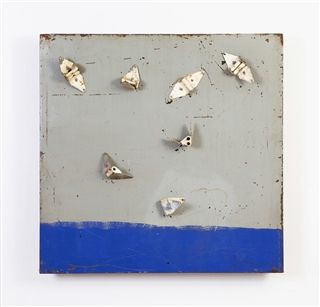 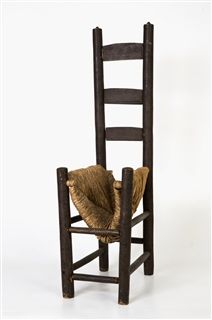 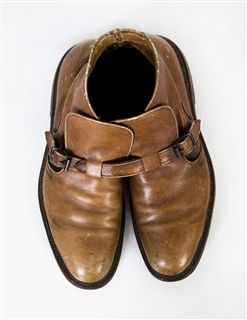 Silas Finch is a storyteller who prefers not to speak. Driven to immortalize the objects that he is obsessed with collecting, Silas strives to keep his sculpture simple, “to strip something down to its last component.” Entirely self-taught, he looks for a story inside his materials, delving into the recesses of human culture and natural history.

“I’m very influenced by the art of craftsmanship, something I feel has gotten lost in the pop culture of today,” he says. His methods of assembly often predate welding or adhesives. “I prefer to find a natural connection, a cold connection [between objects], a balance between the two.”  The possibility of collapse is ever present, yet that risk makes the moment of connection satisfying to the artist.

Silas’ sculptures remind viewers of the multiple narratives that life suggests and the story within every object. “He has a gift for re-imagining the curious debris of the ordinary world,” wrote Stephen Vincent Kobasa in Art New England. “The relationship of part-to-part is always unexpected, but never forced. Every joining point seems the result of a logical connection. Every one of his battered, artful constructions is an instrument for decoding memories—both his and ours.”