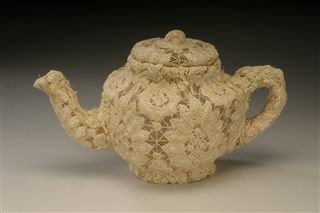 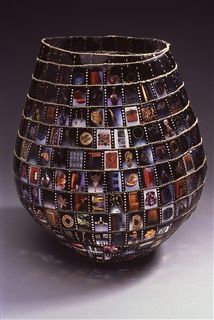 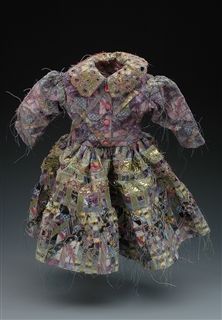 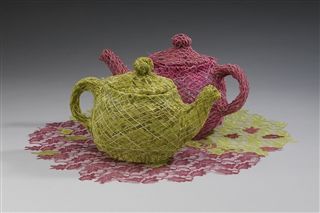 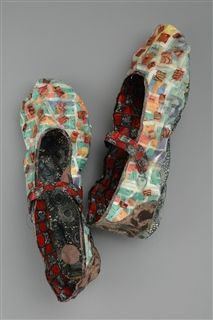 Donna Rhae Marder derives great pleasure from making something out of nothing.

She started using paper in her sewing machine around 1980, experimenting with her novice sewing skills rather than applying them within the confines of fine dressmaking.

Marder began by using throw-away paper as the foundation for her art—anything from snapshots, magazine pages, old teabags, and paper matches to coffee filters, baseball cards, newspapers, and wrapping paper. To these materials she added wire, buttons, and beeswax, and then, finally, machine-stitched it all together. The materials inspire her, and she sometimes seeks materials that will help her explore a particular concept, such as size, negative space, form, or structure.

Marder began her paper dress series in 2001, basing the dresses on those her own daughters wore, copied from paper patterns. She fashioned details such as piping and lace from old snapshots, children’s playing cards, Mexican oilcloth, and other ephemera.

For another collection, again making something out of nothing, Marder created a series of unconventional teapots. Inspired by deformed grids produced with a software modeling program, she sewed a wire grid over fabric to produce sculptural teapot forms. One series entitled “Domestic Bliss” reflects upon marriage, family history, and domestic chores.