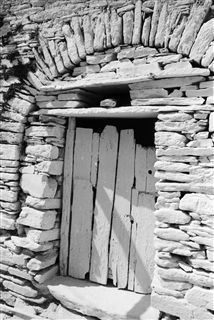 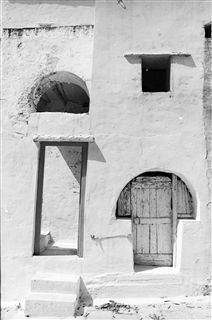 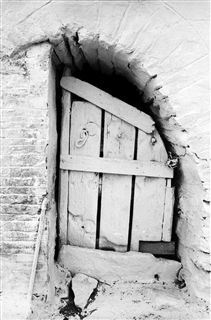 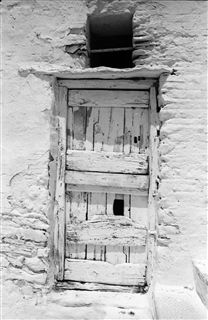 The Cellar Doors of Kardiani: Photographs by Ivan Massar


This spring, the Christopher C. Brodigan Gallery offers a glimpse of the village of Kardiani, on the Greek island of Tinos, courtesy of one of America’s most accomplished photojournalists. Ivan Massar’s photographs have appeared in National Geographic, Life, and numerous other publications; over the years, he has memorialized moments from World War II to the Vietnam War, from the early years of Communist Europe to the civil rights movement in the Deep South.

This exhibit presents a small, whimsical slice of Massar’s work, capturing the artful complexity of doors made from scraps of wood. He explained: “One day in 1980, while wandering through the village of Kardiani, I was struck by the unusual doors that led into the ground floors of each house. The family living spaces appeared to be on the second floor, while the animals were kept in the lower level or cellar. With few trees on the island, the doors for these animal enclosures were made of odds and ends of scrap wood—driftwood, packing boxes, and a variety of other wooden pieces of different shapes and sizes nailed together. No two were alike. It was as if each owner tried to make his entrance more interesting than the next. There were no rules or limitations.”

The Brodigan Gallery, outside the Dining Hall, is open 9 a.m. to 5 p.m. on weekdays. It is free and open to the public.
Back
Groton School
Groton School Mission: To inspire lives of character, scholarship, leadership, and service within a diverse, inclusive, and close-knit community.
282 Farmers Row
P.O. Box 991
Groton, MA 01450
Tel: 978-448-3363
© 2021 Groton School. All Rights Reserved.